Moldover - "Shut Me Down" Remix Contest 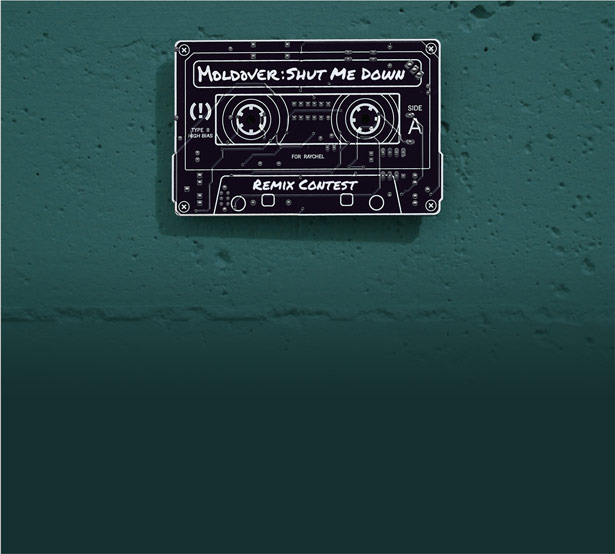 Pyramind proudly presents a remix contest for Moldover’s emotional time-bomb of a song, "Shut Me Down" The new single from his highly acclaimed album “Four Track" will be released with a new music video, and Moldover wants fresh new remixes to accompany it. This is your chance to re-imagine one of his finest works and take home some kick-ass prizes. Think you’ve got what it takes to remix “Shut Me Down”? Grab the stems and get started!


History notes only a handful of artists who successfully pushed the limits - both with their music and with the design of their musical instruments. What Bach was to the keyboard and Hendrix was to the guitar, Moldover is to the controller. Disillusioned with “press play DJs”, Moldover fans eagerly welcome electronic music’s return to virtuosity, improvisation, and emotional authenticity. Dig deeper into Moldover’s world and you’ll uncover a subversive cultural icon who is jolting new life into physical media with “Playable Packaging”, sparking beautiful collaborations with his custom “Jamboxes”, and drawing wave after wave of followers with an open-source approach to sharing his methods and madness.

Four Track is Moldover’s newest album, which follows the success of his eponymous debut record and the live mashup mixes that first brought him to prominence. Inspired by the honest simplicity of the songs he wrote as a teenager, as well as recent experiences of lost love and family tragedy, Moldover has painstakingly alchemized a dozen new songs, equally heartfelt and magnetic. Merging rich vocal harmonies, organically twisted guitar textures, and meticulously sculpted beats, Four Track is a compelling bridge from the digital sounds of glitch-hop, complextro, and neuro-funk to the familiar sounds of roots blues, metal, and grunge rock. Whether near Moldover’s home base of San Francisco, or his oft-travelled paths across North America and Europe, the artist is equally comfortable sharing his craft at underground parties and major international festivals including Sonar, Mutek, and Coachella.

Now, Moldover wants you to remix "Shut Me Down". Let's hear what you've got!

Check out Moldover on the web: